I have recently (read: since forever) been swamped by a lot stuff to do (read: procrastinate), which kind of explains (read: serves as a valid excuse) as to why I updated my blog after more than a year.

Many a projects lie unfinished, collecting dust in my Github as a random tumbleweed rolls past complaining about the lack of documentation and the tardiness of code updates.

Looking at the sparse expanse that my Github has become, I decided to get off my bum and make my computer play some Tetris for me.

The aim was to just fool around and see how different playing strategies impacted the performance of my bot. The results were, well, pretty much as expected… or not.

Just a disambiguation before I begin, score refers to the score obtained in the game while the objective function is a separate construct.

Starting off, lets see how well does a random bot perform (places blocks at random positions with random rotations applied):

To compare, here’s the performance statistics for a greedy bot (places blocks such that current score is maximized):

Comparable to the random bot, which kind of tells that greed might not be that good after all.

Moving to a more intuitive strategy: minimize average height of columns at every step, drastically improves these statistics:

Tinkering around a little more, I realized that minimizing the aggregate height of each block instead of column height was a better strategy (think about it, it penalizes increased height even more severely):

Hi fives all around!

However, this is pretty much a very simple bot, whose goal is to optimize an objective function depending on just one factor - minimize aggregate block height; we need to go deeper.

So, now I decided to make a simple addition to the objective function to reward line clears. Simply put, every time my bot clears a line of tetrominos, it gets +10 brownie points.

Surely, clearing a line is a good thing, how does awarding that lead to a worse average score? This is where the machine learning aspect comes in.

Bot Goes To School - The Machine is Finally Learning

When you think of AI, machine learning is a phrase that automatically pops up in your mind; but they are not synonyms. AI can and does produce excellent results without the help of ML simply by considering all possible outcomes and following them through!

We achieved a perfectly average (it’s tough being average at Tetris, believe me, I tried) bot without using a byte of data to tune our bot.

However, it is tough to judge according to what objective functions (rules) does the bot play better. Awarding line clears may seem intuitive to you, but maybe the bot is already doing that by rewarding minimum aggregate height!

Suppose we came up with an objective function of our own:

Now our goal is to find optimum values for the coefficients so that the bot performs better (than what? read on) on average.

The paradigm I chose to optimize my objective function is a little something called genetic programming. It behaves a lot like evolution, hence the name.

This was a rather simplistic explanation of genetic programming, you can do a lot more with it, just Google it!

Testing Out The Lucky Chromosome

So how does the ML backed bot perform? Well, I don’t know because I never ever got around to completing it.

I did write the boilerplate code for it but never got around to completing it. However, looking at the bright side of things, this does present an opportunity in case anyone wants to take up an introductory ML project (read: somebody please complete my code for me, I don’t have the time).

You can view the code over at my Github: NextGen-Tetris

Or if you want to play around with it, just get it from the Go package manager.

Go through the genetic-prog directory to have a look at the boilerplate for the genetic algorithm.

The tetris-data directory has the statistics I stated above and the corresponding binaries that I used to compute the same. You can run them for yourself and corroborate my results. 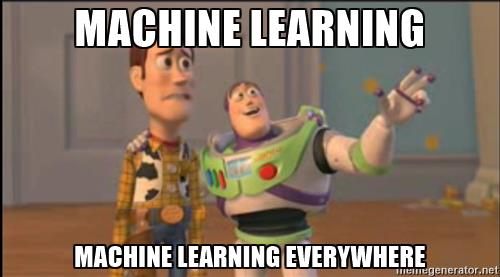